The Museo Casa de la Ciencia, del Consejo Superior de Investigaciones Científicas (CSIC), has incorporated a new exhibition "Virtual Window to Doñana: cutting-edge science in the 21st century", which deals with the work developed in the Singular Scientific-Technical Infrastructure (ICTS) of the Biological Reserve of Doñana (RBD), managed by the Doñana Biological Station (EBD), a CSIC research center. The new exhibition, which will be permanent, is arranged as an interactive corner that has several elements that facilitate the understanding of what is an ICTS by the public, with virtual reality glasses being the main claim. These four devices of virtual reality glasses, with a 360 degree video, will allow the whole family an immersive experience that will make them feel that they are actually traveling through the Natural Area: they will be able to travel at full speed along the shore of the beach on the roof of the mythical Land Rover of the park; see lynxes less than a centimeter away or walk through the mudflats. It represents a unique opportunity for girls and boys to have a first contact with one of the most important natural areas in Andalusia. In terms of graphic resources, four 10-inch digital frames with loop images of the Biological Reserve will be available. Representative snapshots of the different ecosystems (coastal waters, beaches, dunes and corrals, marshes, preserves, phreatic lagoons and ecotone) and their associated species have been selected. More information on the web http://www.casadelaciencia.csic.es/es/exposicion/ventana-virtual-donana 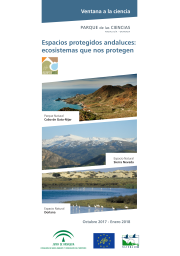 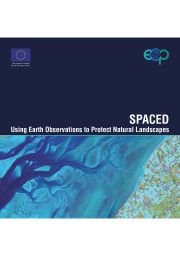