Dispersal is a key demographic process involving three stages: emigration, transience and settlement; each of which is influenced by individual, social and environmental determinants. An integrated understanding of species dispersal is essential for demographic modelling and conservation planning.

A new study by the Doñana Biological Station–CSIC review the dispersal patterns and determinants documented in the scientific literature for the grey wolf (Canis lupus) across its distribution range. Authors showed a surprisingly high variability within and among study areas on all dispersal parameters – dispersal rate, direction, distance, duration and success. They found that such large variability is due to multiple individual, social and environmental (natural and human) determinants, but also due to previously overlooked methodological research issues.

Authors revealed a potential non-linear relationship between dispersal rate and population density, with dispersal rate higher at both ends of the gradient of population density. They found that human-caused mortality reduces distance, duration and success of dispersal events. Furthermore, dispersers avoid interaction with humans, and highly exposed areas like agricultural lands hamper population connectivity in many cases. They identified numerous methodological research problems that make it difficult to obtain robust estimates of dispersal parameters and robust inferences on dispersal patterns and their determinants. In particular, analyses where confounding factors were not accounted for led to substantial knowledge gaps on all aspects of dispersal in an otherwise much-studied species.

This image (Fig. 4 in paper) summarize the research needs to improve current understanding of the dispersal process in grey wolves. 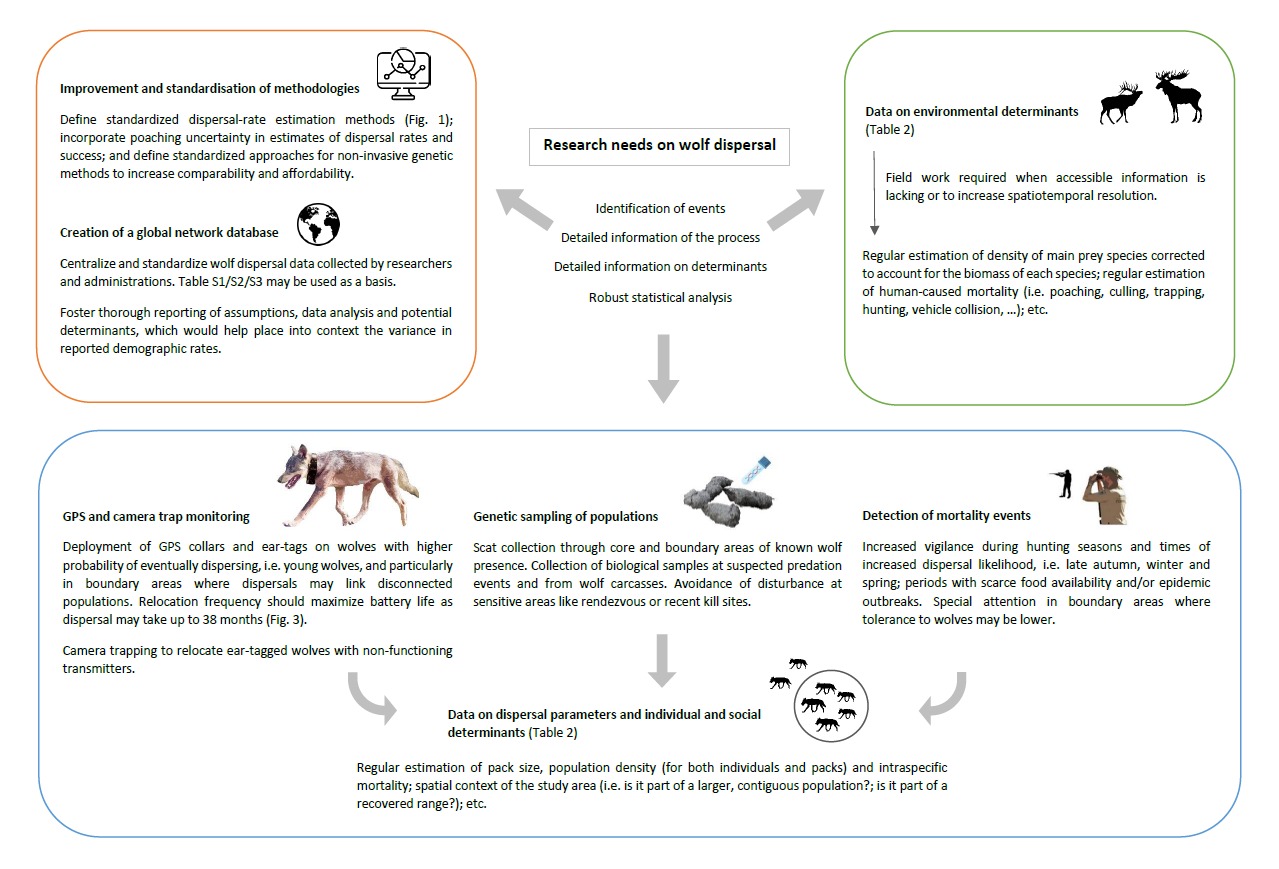