Scientific and technical staff of the Doñana Biological Station - CSIC (EBD-CSIC) and other scientific institutions have met this morning with members of the Maldonado family to address a strategy of dissemination of the researchs carried out in the Hato El Frío Biological Station, in Venezuela. This resarch center was expropriated from the Maldonado family by the Venezuelan state in 2009, paralyzing its scientific activity since then.

The Hato El Frío Biological Station (EBEF) was a research center located in the Llanos del Orinoco, in Venezuela. It was conceived during a trip took by Félix Rodríguez de la Fuente and biologist Javier Castroviejo, the then director of the Doñana Biological Station-CSIC, to the Llanos del Orinoco region in the early 1970s. Finally, it was created in 1974 at the initiative of the director of the EBD-CSIC and Iván Darío Maldonado, owner of the land and very involved in conservation. EBEF was a pioneer in many ways. Some of the first studies on the biology and ecology of the Venezuelan fauna and flora, some endemic, were carried out there. The scientists started a conservation plan to re-introduce the Orinoco crocodile in Venezuela, which made it possible for this species to avoid extinction. In addition, it became a place for artists of nature. Filmmakers, photographers and painters captured in their images the beauty of the wild nature of the area and allowed the world to know it. It was also a pioneer in ecological tourism in Latin America and became a benchmark for the union of conservation and sustainable livestock production that would economically sustain the population of the area.

"Our goal is to reconnect that network of people who were linked to El Frío and look to the future to continue this work for the conservation", explained Samuel Maldonado, leader of the fourth generation of the Maldonado family. It was his grandfather who created, together with Javier Castroviejo, the Biological Station. His link with the center and El Frío was created since he was a child. In addition to form a network of specialists, they will try to actívate new research initiatives. 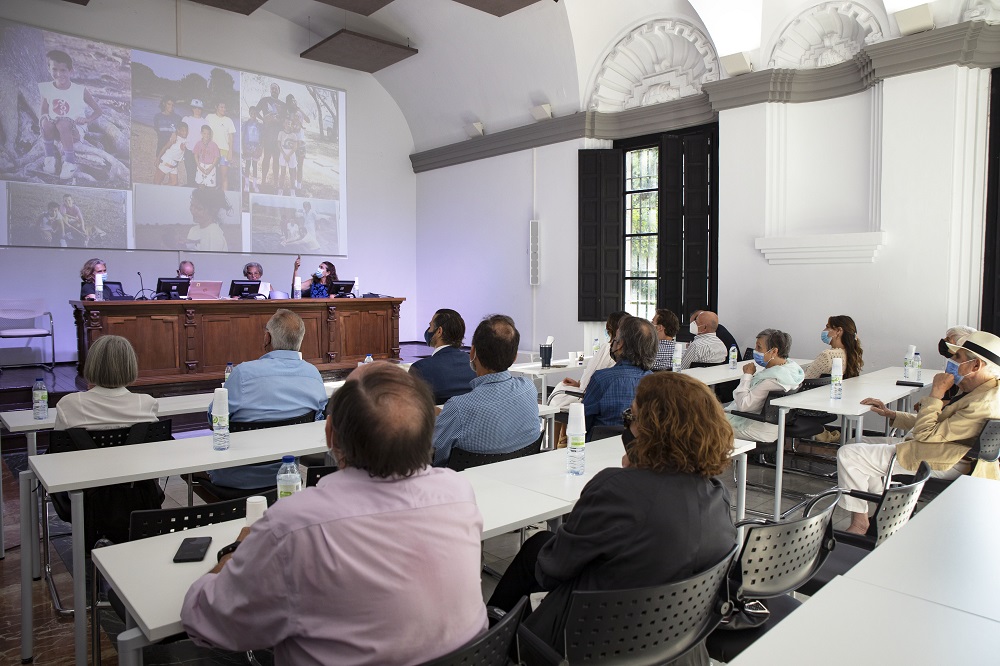 During the meeting, the edition of a book to disseminate the role Hato El Frío Biological Station was proposed. It will collect the personal experiences of the people who worked in El Frío and the knowledge generated through their scientific publications. Many investigations were carried out there and it served as a field of study for doctoral dissertations on the behavior of the ursine howler and the capybara), on the ecology of the bat community, on Llanos sideneck turtles, the baba or the spectacled caiman, as well as on the passerines, ibis, some fish and also vegetation. In total, more than 100 researchs were published.

Many of the people who have worked or are currently working at the Doñana Biological Station – CSIC started their scientific career at EBEF, that was located in an environment that, ignoring the obvious differences, was very similar to Doñana: a wetland full of biodiversity, with harsh months of drought and an important livestock activity. During the meeting, several people wanted to share their experiences, which most described as "difficult", due to the austerity and isolation, as well as the natural conditions of the hato, but which had also changed their lives. They learnt new things every day and also, for some people, these days were "happiest" of their lives.

"In science, it is sometimes difficult to find people who cooperate. We somehow understood that alliances are important. At the Hato El Frío herd Biological Station, people from different areas worked for the common good " explains Anabel Rial, a Venezuelan biologist who worked at EBEF. "We can not let El Frío die. That is why we are here".

In addition to the book, the organizers proposed the creation of a directory of researchers who worked at the EBEF and a virtual library that collects all the publications generated, which will be made available to the public on the website of the Maldonado family. The Biological Station library, where field diaries, doctoral disserations and audiovisual material were stored, was burned when it was expropriated in 2009.

" We have to keep El Frío alive and not only in our memories", said Javier Castroviejo, founder together with Iván Darío Maldonado of the EBEf. "The Hato El Frío Biological Station made us learn some issues. It gave us a lesson on the importance of the role of private initiative in conservation. In addition, we learned that conservation has to be inclusive. Science has to be accompanied by a certain popularization and culture and an economic support. Another lesson was that things can be done with human quality. We were humble. We recognized that we knew little and learned a lot from the llaneros. That is one of the things that made the El Frío Biological Station important".