The Unique Science and Technology Infraestructure – Doñana Biological Reserve (ICTS-RBD), managed by the Doñana Biological Station, have presented the results of the Biodiversity and Natural Processes Monitoring Program 2019, 2020 and 2021 conducted in the Doñana Natural Site. This monitoring program periodically collects scientific data on the conservation status of Doñana and allows changes in ecosystems to be detected, such as the appearance of invasive species, the conservation status of threatened species or wetlands.

The Monitoring Program works on several areas, including a physical environment and water state monitoring in Doñana, an estimation of the conservation status of the main habitat units and the monitoring of species and populations.

Doñana has a Mediterranean climate, with temperate and rainy autumns and winters, and hot and dry summers. However, during the last years, the precipitation has reached levels below-average. The current hydrological year heads for being one of the driest of the entire data serie, which includes almost 50 years of records. The last years have also registered average temperatures above the reference average.

Regarding the species and population monitoring, the program has an important part focused on waterfowls, emblematic in Doñana, and also on flora, reptiles, amphibians, mammals and several species of invertebrates.

The lowest number of waterfowls in the last 40 years

Among the data obtained in the last years, we can highlight the numbers provided by the aerial censuses of waterfowls, one of the oldest monitoring activities of the program, initiated in the 70s and carried out monthly since then. With these censuses, we can compare data on the population size of waterfowls in the Doñana Natural Site across the years, as well as data on its distribution and evolution across time in order to detect threats and help propose improvements for the conservation management. Within this serie, the numbers obtained this year 2022 are one the lowest of the whole historical serie, which includes more than 50 years of data registers, especially due to the serious lack of rainfall that Doñana suffered last winter. The total numbers barely reached 87.500 individuals censed, far from the 470.000 last year.

The ICTS-RBD also rings migrant birds constantly in the Manecorro area, in the Doñana National Park. This is one of the longest activities of this types in Europe, since it contains data for 28 uninterrupted years. Until 2021, a total of almost 89.000 captures of 123 different species have been made. Among them, some of the most abundant in the station are the European robin, the Eurasian blackcap and the common chiffchaff, the three pre-Saharan migrant species. In the case of the first two, a moderate derease has been detected in recent years, while the latter shows a stable trend. As for the most abundant trans-Saharian migrants, such as the garden warbler, the European pied flycatcher, and the willow warbler, they also show a moderate downward trend.

The bad situation of rabbits

The program also has specific monitoring for mammals. Since 2005, wild boar and deer have been censed, as well as rabbits and hares. Rabbits present very low abundances in the last 10 years due to the combined effect of two diseases and the impact of climate change on their reproductive capacity. As regards carnivore populations, data has been periodically collected since 1993. In this case, it should be noted that the seven species that most frequently inhabit Doñana (fox, mongoose, badger, lynx, wild and domestic cat, genet and nutria) show wide fluctuations from one year to another and have a good conservation status in general. The fox is the most abundant, followed by the badger and the mongoose, which have similar abundances, much less than the first one. The populations of wild ungulates have also a good conservation status.

Regarding reptiles, the program monitors the distribution and population status of the two species of pond turtles native to Doñana, the Iberian pond turtle and the European pond turtle, which show a decrease in their relative abundance since 2008 and an increase in the proportion of localities where they are absent. In addition, they face competition from the red-eared slider, an exotic species that has been the subject of control actions for its eradication since the early 2000s.

In addition, Doñana has one of the only two populations of the Greek tortoise in the Iberian Peninsula, which is considered critically endangered. The data obtained in recent years have detected a large number of new individuals, which points to a good reproductive status.

The monitoring of terrestrial reptiles is also important. Among them, there are two species with a special interest for conservation, the Iberian endemism known as the Carbonell's wall lizard and the ocellated lizard, which was common in Doñana for much of the 20th century. The latter has experienced a strong decline coinciding with that of the rabbit, which its population has not yet recovered from. On the other hand, other species to highlight are the long-tailed lizard and the red-tailed lizard, which are showing a moderate decline in recent years.

The amphibians found in Doñana depend entirely on water for their reproduction and larval development, which, depending on the species, takes place in permanent or temporary ponds. The rainfall is positively correlated with the number of species detected in the samples. Thus, the years 2005, 2012 and 2014 were especially dry years, with a lower number of observations. The number of species found in the marsh is less than that found in the lagoons. Amphibians are therefore negatively affected by the water scarcity conditions of recent years.

As for invertebrates, one of the actions carried out is the monitoring of daytime butterflies. Since 2007, the series has been adjusted to the European monitoring methodology and is included in the international Butterfly Monitoring Scheme. One of the most significant species is Cyaniris semiargus. Although more typical of more northern latitudes, it is able to survive in Doñana due to the humidity provided by the Doñana aquifer, depending on the plant Armeria velutina, on which its larvae feed.

The monitoring program also has specific actions to locate and observe the evolution of invasive species present in Doñana, such as the Argentine ant, the catfish or the sourgrass (Oxalis pes-caprae). As an action to control the invasion of the Argentine ant within the program, the team conducts a monitoring of ants in cork oaks. The observed trend of this exotic species continues to rise and an advance of the species towards the north has been detected. The catfish, detected for the first time in 2009, maintains an upward trend and is distributed mainly in permanent water systems. The sourgrass was detected for the first time in 2014 in the Doñana aviary and presented an increase in the invaded surface during the following years. Now it presents a downward trend in recent years, which confirms the effectiveness of the measures eradication carried out annually by the Doñana Natural Site.

The results of the Biodiversity and Natural Processes Monitoring Program, regularly conducted in the Doñana Natural Space by the ICTS-RBD, managed by the Doñana Biological Station – CSIC,...
Read More About Drought leads Doñana to the lowest numbers of waterfowls in the last 40 years »
actualidad doñana biodiversity monitoring icts-rbd equipo de seguimiento 05/07/22 4715 Views

The ICTS-RBD collaborates with the University of Helsinki since April 2021 with the European Project LIFEPLAN – A Planetary Inventory of Life funded by the European Commission through the...
Read More About Biodiversity monitoring in the “LifePlan” Doñana plot »
actualidad biodiversity monitoring icts-rbd european project lifeplan 18/02/22 3431 Views 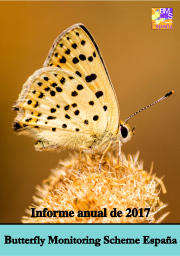